Working Out Post Natal as a Former Competitive Ath...

Working Out Post Natal as a Former Competitive Athlete

It’s not about being fully healed then starting your life, it’s about embracing healing as a lifelong journey while allowing genuine connections to organically emerge along the way. -Yung Pueblo

In my experience, movement goes hand-in-hand with healing.

I began my adventure in movement at age two. By then, my mother had tried figure skating, swimming, ballet and gymnastics, as modalities for my personal physical expression.

Figure skating became both my preference over all other forms, as well as the beginning of my athletic career. I qualified for our first Nationals at age 12, competing at that level for the next three years.

I was always the youngest on sessions that were fast moving and highly competitive and summer camps, adjusted school schedules, tutors and living away from my family became acceptable sacrifices to my love of movement and using my body as a means of personal expression. These life-changes also fostered in me a combination of fierce independence, a no-nonsense, “just-do-it” approach and the desire to accomplish and master whatever I did. In skating, the prevailing attitude was either move, be moved or get run over.

The same was true with Pilates, where I was originally trained in the Romana style. By then, I had already retired from skating at 16 and moved on to classical ballet. Within two years I received an apprenticeship to college for dance. Pre-graduation I began coaching skaters and eventually started teaching Pilates.

From my childhood on, I dove into everything I did and essentially conquered all of it. But that changed when I became pregnant.

It was the most magical experience and the first time in my life I chose to let go of control, physically. My body was in an autonomous process that I’d set in motion, but, instead of active participant and the one in control, I became an observer, watching this miracle grow inside me.

The choice I did make was to virtually give up all physical activity to ensure that my pregnancy went smoothly and hitch-free. Once Marius was born, I continued this course of action to keep from injuring myself and committing to my recovery.

I became somewhat intimidated from watching so many movers and trainers on Instagram bounce back after their pregnancies at seemingly light-speeds. Nonetheless, I checked my ego and stayed the course I’d chosen while recognizing that much of what I was seeing was designed specifically to project a specific reality- a reality that didn’t have to line up with my own.

I acknowledged that if I went back to my “just-do-it” approach, I would likely become injured, create new bad habits instead of developing an awareness for what my body had previously been capable of; what I’d just endured carrying and birthing my son and how all that going forward could help deepen my connection with the method.

With all that in mind, I basically started over again. The opportunity was immense, it was the first time I could objectively assess and connect emotionally with the true healing power of movement.

When teaching athletes, you are working with highly trained physical people, but you have the opportunity to go beyond their training to help them. This goes beyond the physical aspects, and technique, you have the potential to tap into a person’s emotional aspects. If they’re ready to let go and become aware of a movement that breaks open their sense of security- massive shifts and changes in the self are possible.

Making the commitment to being present both with my son and myself has helped me to go deeper into my practice of movement and my own lifelong journey of self-exploration. Even though I used movement to express myself, I would never really think about movement I was doing and, in a sense, this made me emotionally disconnected from it. The experience of having a child became my perfect opportunity to let go; to trust my body, enjoy the journey of recovery and in the process, reconnect with myself in the most fulfilling way.

It has been an incredibly humbling and moving experience and I wouldn’t change a thing.

Jordan began her pilates career at 17 while achieving her BFA in Dance at Point Park University in Pittsburgh, PA. In 2016 Jordan opened Pilates on Traction, the only classical pilates studio in Downtown Los Angeles’ popular Arts District. With the birth of her son Marius in 2018, Jordan moved her practice online, continuing to teach while raising Marius in Colorado where she recently relocated. Jordan has been invited to teach at the classical pilates, Return To Life Conference in Brazil this November, pending status of the COVID 19 global pandemic.

Osteoporosis. Now What? Part Three: Build Your Coat of Armor 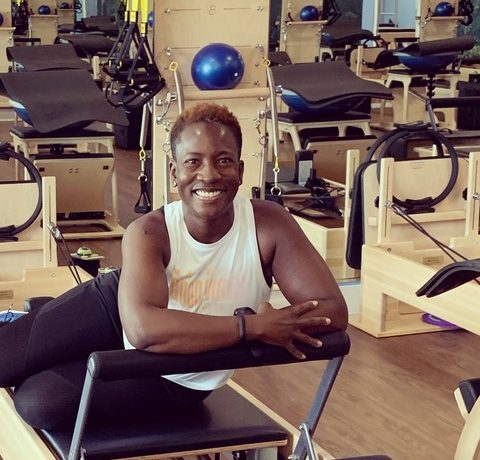