Getting Started with Scoliosis.. 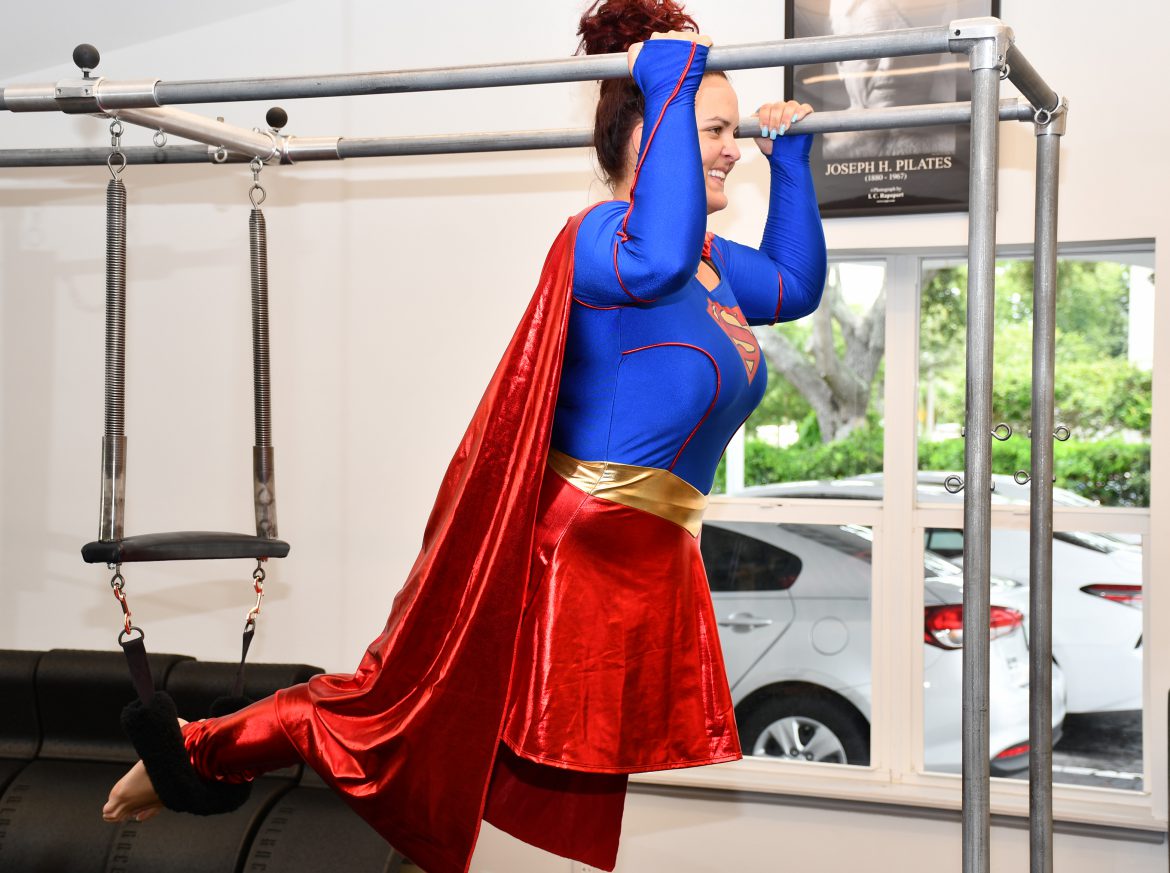 Adri grew up being involved in many sports, including swimming and soccer.  As demands of competitive sports increased, she made the choice to focus on soccer, enjoying both working with a team and the physical demands required. Adri made it to the collegiate level playing soccer, despite several injuries including repeated ankle sprains and a broken foot. While playing in college, she battled the previous injuries that were resurfacing, including back pain. During a preseason practice in sophomore year, Adri experienced her worse ankle injury yet, including significant damage to both ligaments and tendon. Unable to play that fall season, she spent time rehabbing her ankle through physical therapy. Adri was given a choice to have surgery on her ankle; the doctor thought there was only a 50/50 chance she would be able to return to soccer post surgery. Not willing to take the chance, she was recommended to try Pilates by her physical therapist, something new Adri had never tried. She was willing to do anything to return to the field. Surprised to find Pilates was not only helping her ankle get stronger, but the back pain that she frequently experienced was subsiding. Adri was able to get back on the field for her spring season. She was amazed at how conditioned she felt after Pilates, feeling even better than working with fitness trainers at the gym.

Adri continued through college and graduated with her B.A. in Human Development, then obtained an M.S. in Visual Disabilities Education, with an emphasis in Orientation and Mobility. No longer doing Pilates after college, the back pain returned. Feeling such discomfort, she worried it would impede the type of job she would be able to perform. Adri was unable to stand for long periods of time before experiencing intense lower back pain. This drove her to seek out Pilates again; she felt her body was essentially breaking down from the stress of sports. For Adri, the gym was not an option; she wanted something new and different now that she was no longer playing soccer, something gentler on her body. Adri began Pilates three times a week. She progressed from being unable to do rotational exercises, and experiencing gastrointestinal discomfort while working out, to now executing every exercise in the Pilates repertoire. Adri has been a consistent client for 2 years, seeing tremendous growth in not only her body but with her confidence. She has lost 30 pounds through Pilates, back pain has been significantly reduced, and gastrointestinal issues that had caused abdominal discomfort has been helped. She realized that when she attempted her gym workouts, she was unsuccessful in getting longer than 10 minutes into a workout before experiencing severe spasms due to her gastrointestinal issues. Adri had been taking medication for those spasms, which she now rarely takes. I also introduced Adri to the Balanced Body CoreAlign, which challenges balance, coordination, builds strength and endurance, improves posture and flexibility. This has been a huge compliment to her Pilates practice. Pilates has aided Adri in her job as a Certified Orientation and Mobility Specialist and Teacher of the Visually Impaired, working with children of all ages and ability levels. Her job requires frequent standing, walking, getting up and down off the floor, and other physical demands working with children. She reports she doesn’t feel like her back pain or previous injuries slow her down. As Adri continues with Pilates; she feels consistently challenged during a workout and enjoys the results she has seen in her body through Pilates. It is hard to be bored with a true Pilates session with all the Pilates equipment. Adri thinks it would be silly to not pursue something she is so passionate about and looks forward to doing. She has now embarked on a new part in her Pilates journey, to become a Pilates instructor, undergoing Pilates Comprehensive and CoreAlign Instructor Training here at Suncoast Pilates with myself, her Pilates teacher. Adri is thrilled to be on this new journey and to share her experiences with others. She is looking forward to being able to show how great Pilates can be for people from all walks of life and all ages, from competitive athletes, to those with medical diagnosis limiting their range of exercise. Adri feels empowered by Pilates! She is pictured as the superhero she feels – Super Woman! 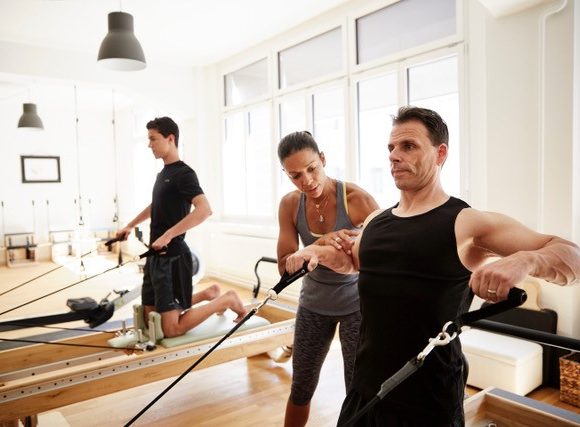 Translating Pilates Into a Language For Men