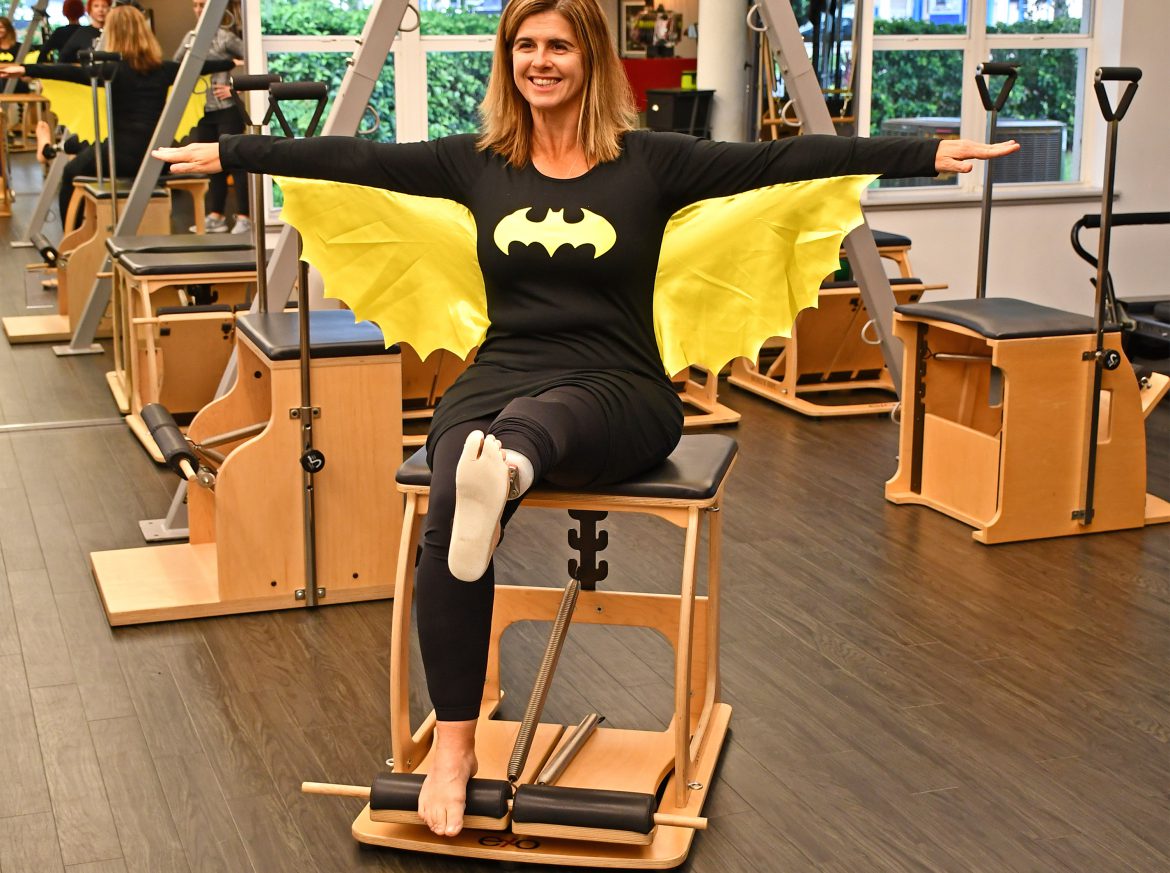 Diana was on her way home from her freshman year of college in 1993, asleep in the back seat of the car, when the driver fell asleep at the wheel.

The resulting car accident threw her out of the car hitting a tree. Diana’s right leg and foot were broken, a collapsed lung, she had a broken jaw and cracked skull. Her left leg was dangling and amputated shortly afterward. The athletic 19-year-old, who in high school played softball, spent 6 months at home recovering. Diana just wanted to get back to her life. She returned to college with a prosthetic leg. Diana tried out several majors before finally majoring in Psychology, with a Master’s in Library and Information Science. She worked in a public library for a while and now owns her own company. She travels throughout the United States training librarians, presenting at conferences and providing regional training on emerging technology. She has been married for twelve years and has an eight-year-old son. When Diana was talking with other amputees, she had always heard about others having hip, knee, back and other orthopedic issues. After several years, she was developing chronic back pain and had several stints in physical therapy for back and joint issues.  She then turned to Pilates, and within a couple of months found herself with no back pain and with everything in her body feeling better. Diana has been a client of Pilates for over 15 years. When she first came into Suncoast Pilates wanting to do groups, her initial instructor asked me if Diana should be admitted into groups. I stated “Why would you not? She has a prosthetic leg just like I have a prosthetic eye? All of us with prostheses want to be treated just like everyone else!” The exercises that have been important to keeping her hips and right leg strong and flexible include footwork on the Reformer, leg strap work (we use a Y look to keep her prosthetic in the leg strap) and standing side splits to improve her balance. Her back pain is alleviated with her favorite exercise short spine on the Reformer, push through, circle saw and cat / cow on the Cadillac, as well as extension exercises such as swan on any of the equipment. Diana loves every exercise on the Reformer. The exercise that makes her feel powerful and balanced is long stretch on the Reformer. She admits the Chair is not her favorite piece, yet it provides challenging exercises. Diana continues taking both Pilates group classes and private sessions here at Suncoast. She feels Pilates strengthens her from the core out and puts it all together, and uses the word “balanced” to state how Pilates makes her feel. She has tried other things yet keeps coming back to Pilates. Her body feels healthier, she stands taller, and Pilates makes her feel like a Super Hero! Pictured is our Bat Girl Diana, shown working out on all the Pilates equipment (and yes, Teaser was a tough one to master for her, as it is with all our clients!)”