How I Sled into Bobsled and th..

NEXT: Help Golfers Improve with a Ne.. 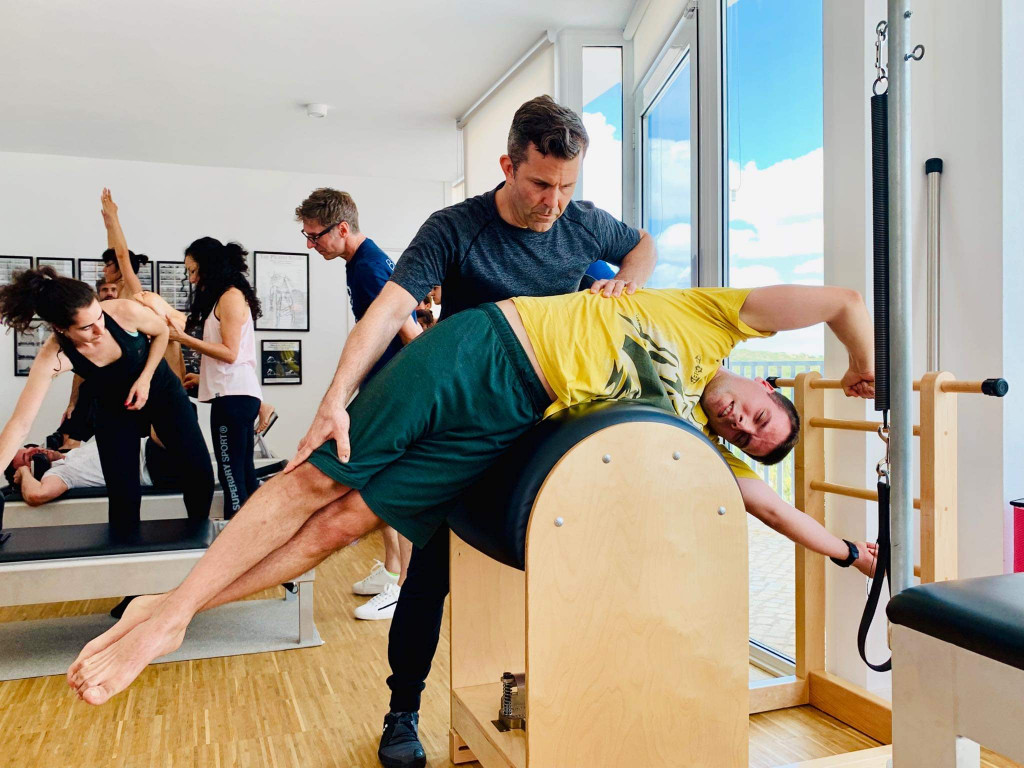 What are the “men’s exercises”? Does this mean women cannot do them? Should all men be pushed to include them in their regular routine?
In Joe’s studio, there were specific exercises that were intended just for men. To understand why he created these, one must recognize 3 main things:
1. the time period
2. anatomy
3. a thorough foundation of the Contrology basics.

During the time Joe Pilates was alive, fitness for women was completely different from today. There were century-old myths about what would happen if a woman consistently performed rigorous exercises. For example, it was believed that women would become more manly and grow chest hair with strenuous exercise. It is hard to imagine now, but women were forbidden from participating in certain sports events like the marathon. It was not until 1967 that a woman, Katherine Switzer, ran in the Boston Marathon. It was so controversial that a race official tried to rip her bib number off, and Katherine’s boyfriend had to defend her. The point is, prior to the 1970’s it was a completely different time for women’s fitness. Joe Pilates, of course, knew women needed consistent exercise too. The women who exercised at Joe’s were mostly dancers or performers. Still, many women did not want to do the same exercises as men.

There is also the fact that the anatomical structures of men and women are different. Keep in mind that just because someone can do an exercise, it may not be the proper exercise for them. Joe understood this, and some exercises were not taught to women. These exercises are referred to as the “men’s exercises.” Is that to say that women cannot do them? Not necessarily. It seems clear that these exercises were not part of a regular workout routine for women.

Should doing the “men’s exercises” be a goal for all men or your male clients? Frankly, No. A better goal as a teacher/practitioner would be to simply move while staying long, connected, and controlled. Should men at least try them? Perhaps, but only after a long time (years) of mastering the basics and working on the advanced exercise order. For example, no matter how strong a man may seem, if he cannot keep a connection and work from his back on Spine Twist and Pull Straps, or his hips collapse on Side-Bends, it is pointless and foolish to teach the Kneeling Side Arm Series (Swakate) on the reformer.

Leaving out the “men’s exercises” does not deprive someone of a vigorous workout. If it makes anyone feel better, most men (even professional athletes) cannot do the “men’s exercises” without compensations happening in their structure. Joe did not teach these exercises to every man that came into the studio.
The “men’s exercises” are an exciting part of Pilates’ history. It is a pleasure to see them executed skillfully. Remember, though, most of the Pilates’ magic happens with mastering the basics.

Outdoor Exercise: In the Grand Canyon with Mary Lou Schell 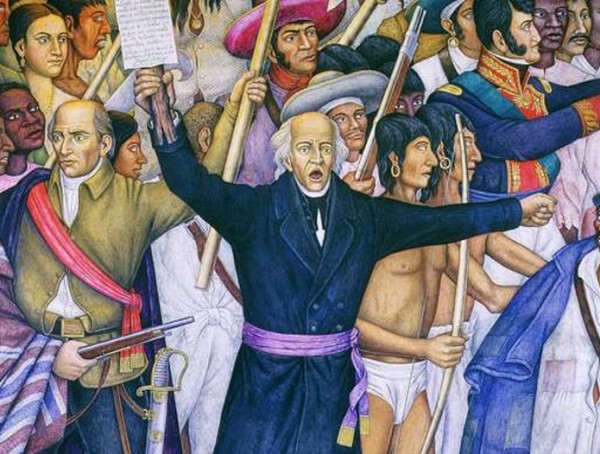 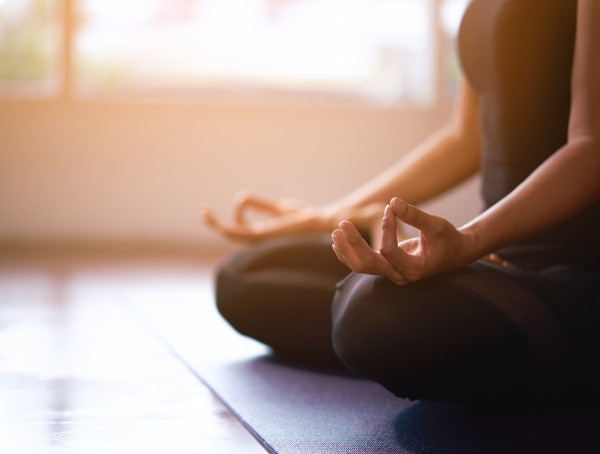 RETURN TO LIFE THROUGH MEDITATION

Joel has been teaching Pilates for over 20 years and is a graduate of "The Work" the highly selective Pilates Master Program of Jay Grimes. He runs an internationally recognized Pilates teacher training program and hosts continuing education workshops at the Vitality Method Studio. Visit him at Vitality Method Pilates 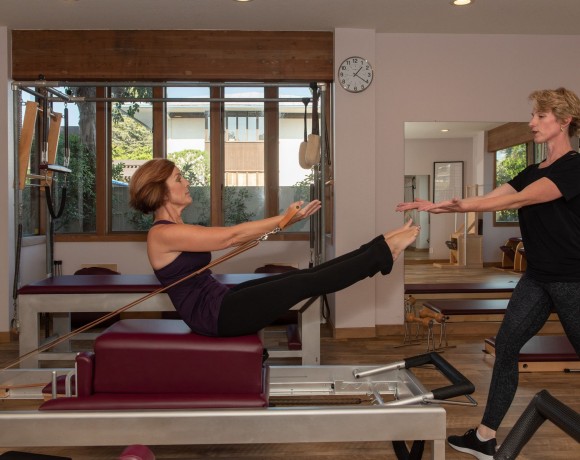 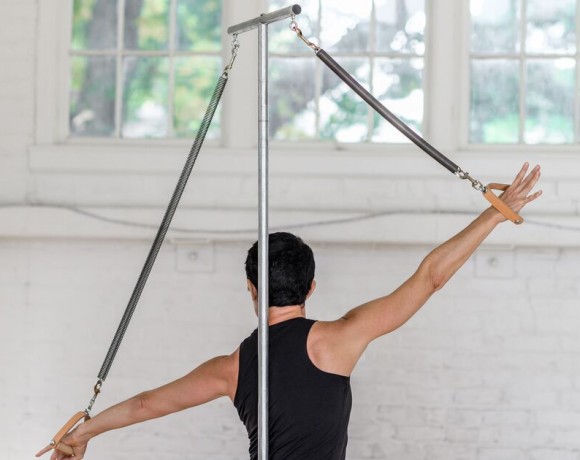 Why I Love the Contrology Ped-o-Pul 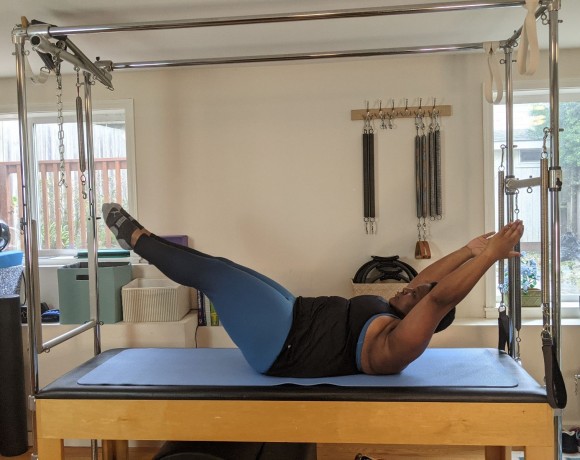 Outdoor Exercise: In the Grand Canyon with Mary Lou Schell

“Your Spanish is so good!… Oh Really? You’re Mexican?” Because I do not have the traditional Hispanic look,...

RETURN TO LIFE THROUGH MEDITATION 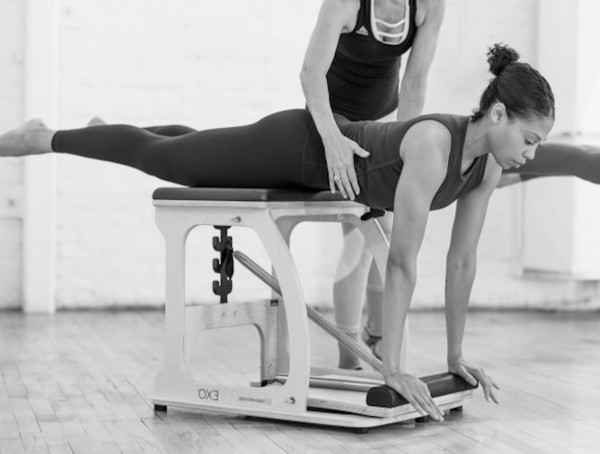 Our Mission: Pilates for Everyone

Joseph Pilates dreamed of his method of exercise being taught in schools, the military, and everywhere people wanted...