In the Midst of Winter…

NEXT: Leather, Contoured, and Wire C..

In the Midst of Winter…

“I have something for you”, my early morning client, Jane, said to me one day. “Me?”, I said, surprised to see the wrapped gift. I had a hunch; it was one of her famous photographs, after retirement, photography became a passion. I was correct. The image was of daffodils working their way to bloom but weighted down by unexpected and heavy spring snow. Despite the overwhelming weight of the snow, one daffodil persists as a beacon of the coming spring. In the upper corner Jane included a quote by Albert Camus, ‘In the midst of winter, I finally learned, that there was in me, an invincible summer. I knew exactly what this meant, the cancer was back. It was as I feared, Jane’s cancer returned, and her journey was going to be difficult, and she knew it. She told me the quote was a mantra and one she came across, ironically, at an oncologist visit. As the doctor was laying out the protocols, not unfamiliar to Jane, she focused on the words and their meaning, and it inspired her. She wanted her picture with the mantra to hang somewhere where it would inspire others. 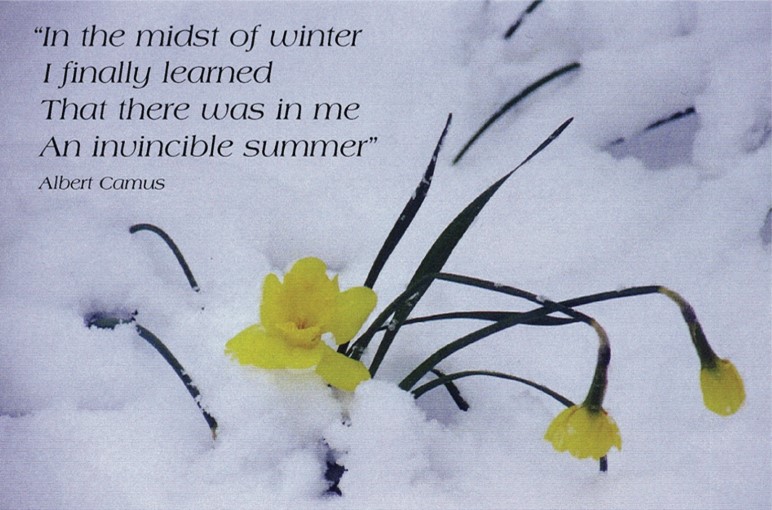 Jane’s story and picture did inspire me. The inspiration and the idea that followed were simple enough. Can we start a not-for-profit that would function inside my Pilates studio to provide a safe space where women, newly diagnosed with breast cancer, could come to move, feel and heal? Can we create a space that would acknowledge the challenge of cancer but inspire the potential of the human spirit through movement? I quickly learned that the idea, though good, would require a relatively smart and resourceful village to reach out to the medical community, to raise the funds supporting the women in the program, to deal with the 501c3 application, and to address all the guidelines and rules that encircle a not-for-profit entity. Not to mention, we needed to understand the process of breast cancer and treatment to create effective movement protocols designed to support the healing process post-diagnosis. Like the Field of Dreams voice out in the distant cornfields whispering, “build it and they will come”, I believed in the power of the idea, and just like in the movie, the team magically assembled. Clients lined up to donate, a core group becoming the board of directors. One client’s brilliant daughter, and recent college graduate, lined up to handle the often daunting administrative duties of starting the 501c3. Hospital affiliations followed and Body Wise Connection, a not-for-profit dedicated to promoting healing through movement, was born.

We had the great fortune of working with two prominent hospitals, the Dubin Breast Health Center at Mount Sinai Hospital in New York City and Northern Westchester Hospital in Mount Kisco, New York. We also had the privileged of working closely with doctors, administrators, social workers, and the angels of the health care system, the nurses. Through the program, I met Rebecca. The local hospital supplied us with a room, I supplied a single Reformer. I was packing up to leave when I was told there would be one more person and in walked Rebecca. Young and fit with a smile that could take your breath away, she was not at all like any of the other hospital-based clients who were often older and quite deconditioned and for whom an exercise routine was anything but. By the time I met her she just finished a course of chemotherapy and her pixie hair looked more like a style than a re-growth. I looked at her intake form. She may not have known what Pilates was exactly, but she was an athlete, a mountain biker, and a competitive one at that.

At 37, she found a lump. That was the beginning. Rebecca was drawn into the cancer vortex including a double mastectomy, stage 2 diagnosis, chemo, and radiation. Our program was designed to give Rebecca, and women like her, 10 private Pilates sessions, and I asked simply, “what would you like to accomplish in our time together.” She looked straight at me and told me she expected to race a 50-mile single-speed mountain bike event in Vermont on June 2nd. ‘Right!’ I said, ‘let’s get to work’. She rode that race.  She and I continued to work together. She eventually enrolled in the Balanced Body Pilates Teacher Training program and when I left New York to work for Balanced Body in Sacramento, CA, she was the one whose hands I entrusted with the care of my longtime studio. She also became the keeper of the Body Wise Connection program. 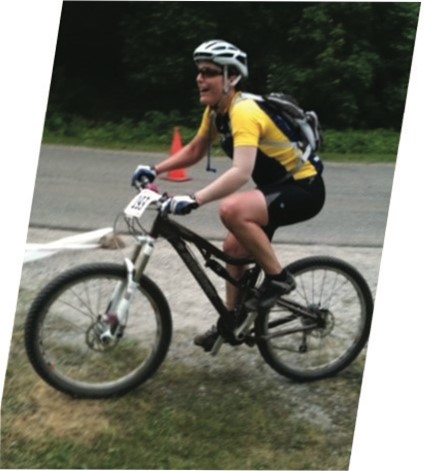 What started as a project to give back ended up giving to me, and to the instructors who worked with me, perhaps the richest professional experiences of our lives. The stories of the women we met, touched, laughed with, and cried with stay with me and whose experiences have become the foundation for the cancer-related courses, workshops, and teacher training programs I created. The stories compound and the original program intention lives on in the stories, the experiences, and the love that is shared in these classes. Because…we are all, all of us, impacted by cancer. It may not be us directly, but it is a mother, sister or brother, friend, or colleague. When it comes to cancer, language often fails us, and somehow seems inadequate. There is no education that teaches us how to be present with ourselves or others when dealing with mortality, medical interventions, and all the conflicting stressors that adjoin a diagnosis. What is universal, is movement. Feeling, experiencing, and exploring the potential of the human body through movement creates the mental space to process and empowers the physical to heal. This was the original simple idea. Simple and powerful.

Special thanks to teacher, friend, colleague, and all-around inspiration: Doris Pasteleur Hall. You inspired my brain, infused my heart with a love of movement, and sowed the seeds for the training I conduct today.

In July of 2013, Joy moved, with her family, from New York to Sacramento, California to join Nora St. John and the rest of the Balanced Body team to work on developing curriculum and educational programming. Joy has been teaching Pilates teachers since 2002 and in the health and wellness industry since 1996. Joy earned her MA from Columbia University in Applied Physiology. As a lecturer she presents at conferences and studios across the country and abroad and with Balanced Body, she is a regular at most Pilates on Tours. In addition to her degree Joy is PMA certified, A.C.S.M. certified and is able to provide ACE credits for students who take her classes. She is a fully qualified Balanced Body Pilates Instructor and teacher trainer, CoreAlign and Bodhi Suspension System master trainer and a graduate of the PhysicalMind Institute. Joy was also trained on the GYROTONIC,® Level I and the Ladder. In 2011 Joy founded Body Wise Connection, a not-for-profit which works with women newly diagnosed with breast cancer. Body Wise Connections sole purpose is to remind women that even in the throes of a diagnosis and treatment for cancer the body can heal and strengthen. Body Wise Connection works to restore physical self-awareness and empowerment through gently, rhythmic Pilates based movements. Though Joy is no longer in New York, Joys work has expanded to include all cancer patients regardless of the primary cancer diagnosis. Joy believes that movement changes lives and that education is the key to unlocking potential. Joy is thrilled to be working with Balanced Body on the shared mission of elevating mindful movement as a component to long term health and wellbeing. 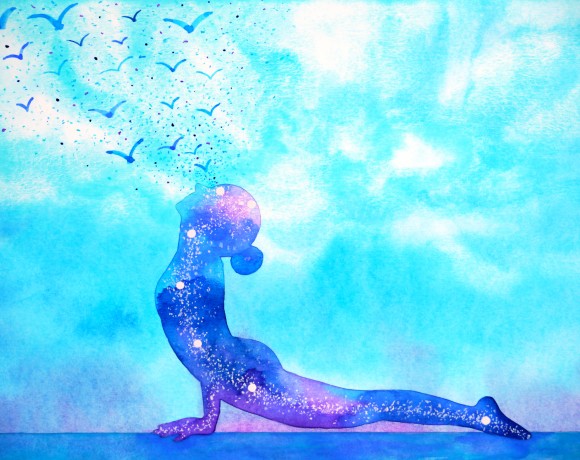 Pilates and a Hysterectomy (Part 1) 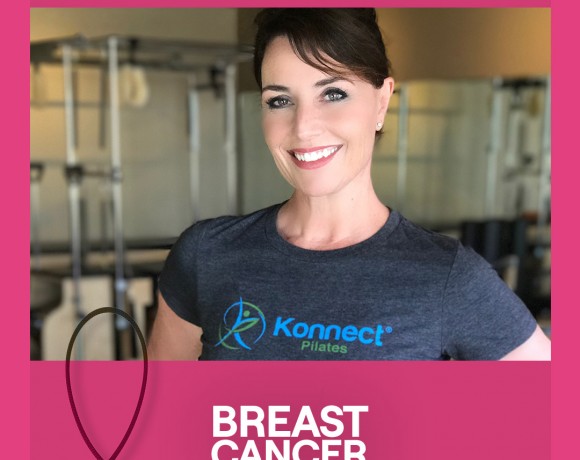 Pilates teacher training has historically been a very hands-on...... 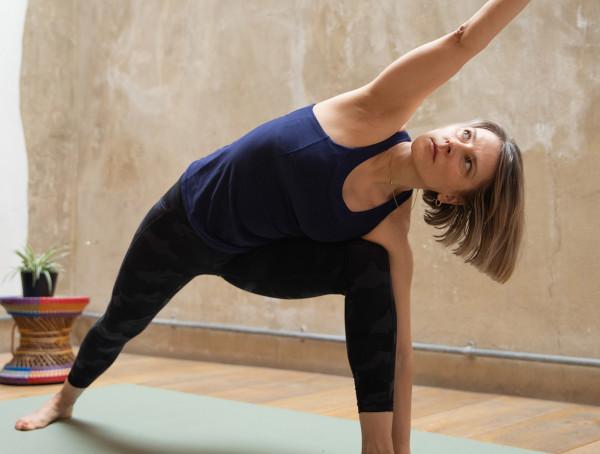 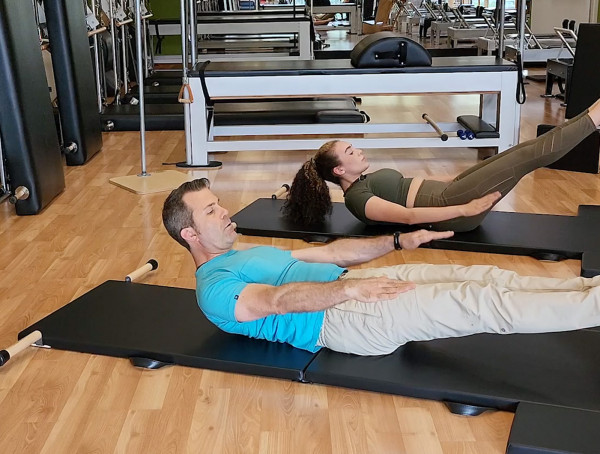 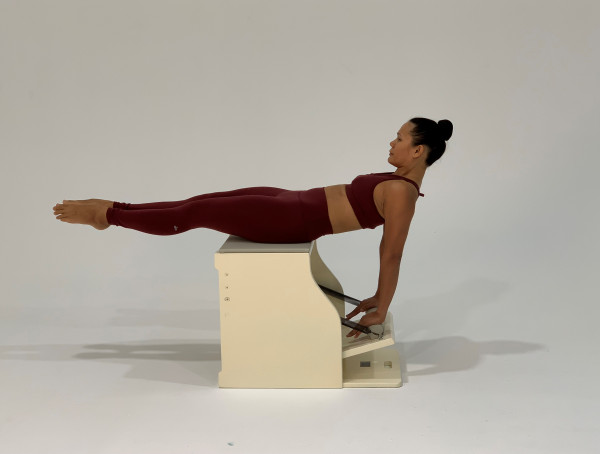 The new Contrology® Wunda Chair is a precise recreation of the original Wunda Chair...