In the Mix: Taylor Lammana

NEXT: This Is Pilates! A Reflection .. 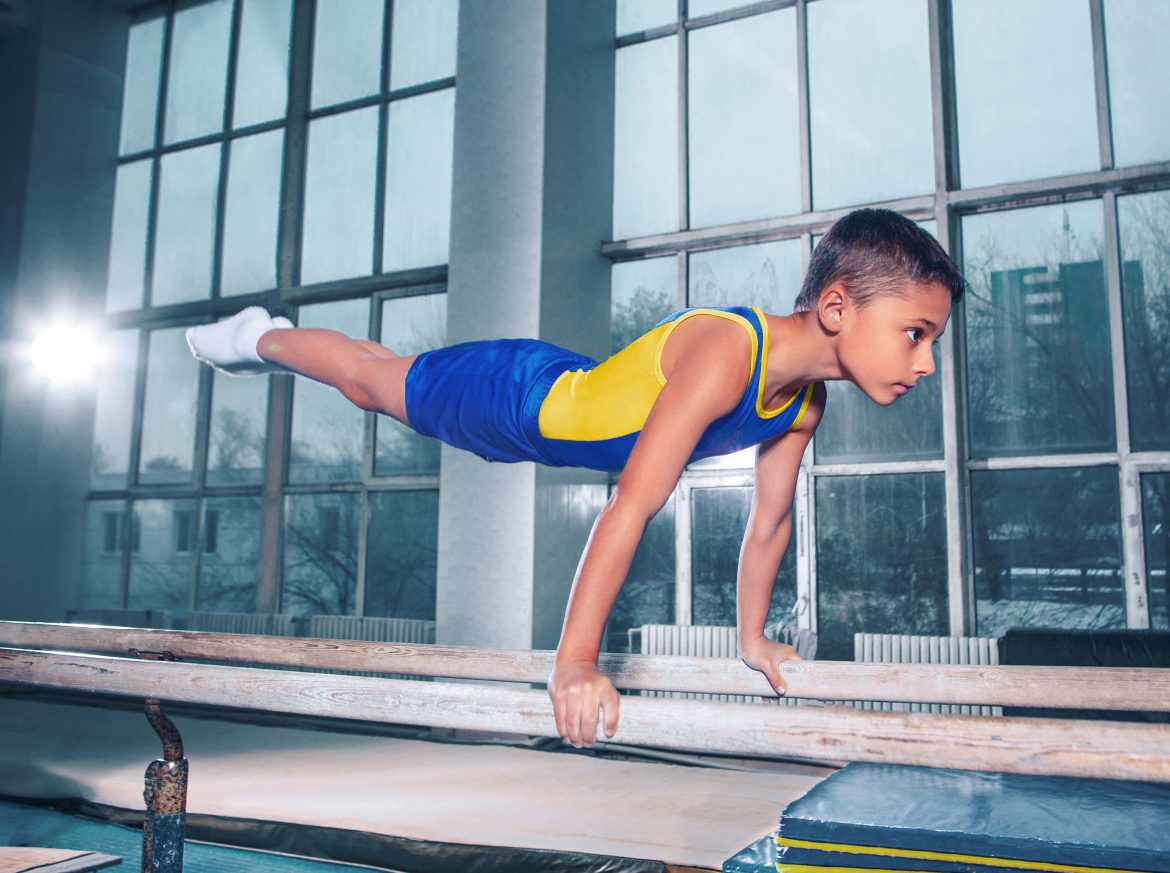 Gymnastic athletes are being groomed at younger and younger ages. Many factors play into this, and as the level of competition rises, trainers want to help their athletes excel while also preventing injuries. Regular Pilates practice is one way to reduce injuries, increase body awareness and enhance coordination, but I couldn’t help doing a little digging about the link between gymnastics and Pilates.

A little history:
Known as the “father of gymnastics” (Turnvater in German) Friedrich Ludwig Jahn was a gymnastics educator and a fervent nationalist interested in a united state of Germany. He founded the first Turnverein gym in 1811 in Berlin as a consequence of seeing his homeland defeated by Napoleon. This movement was both a systematic exercise method, as well as a political movement. Jahn knew that a strong new independent state of Germany would depend on strong, young minds and bodies and adopted the motto, “sound mind in a sound body,” taken from the Latin phrase “Mens sana in corpore sano.” The belief in the reciprocal connection between the mind and body can be traced back to the times of classical antiquity (Grover 1989) and is a continuous theme throughout the Turnverein movement. In 1848, many Turners (followers of Jahn and his ideologies) were on the losing side of a German revolution. As a result, many left Germany and immigrated to the United States. They brought with them their German language, foods, culture and Turner principles. They began to establish Turnverein clubs all over the United States. These Germans did not introduce Americans to the concept of physical culture, but they played a crucial role in popularizing physical development and the cultivation of health between the 1880’s and the 1920’s (McKenzie 2013).

Joseph Hubertus Pilates (1883-1967) was born in Monchengladbach, Germany and as we all know he also was a gymnast and a boxer who also developed an exercise method. According to legend, Joseph’s father Heindrich Friedrich Pilates was also a gymnast and owned a gym. A Turnverein Club existed in Monchengladbach from 1888-1904. Heindrich Friedrich Pilates name appears in the registry of the Turnverein Eintracht in 1892 (Pont and Romero 2013). In 1886, the Pilates family was living just down the street from this Turnverein. So it would make sense that this is the gym that the family went to for gymnastics and social gatherings.

Applying the history:
I began to gain interest in Gymnastic training, (GST), and decided to try the modality on my own body. I found many similarities in the exercises and their purpose when comparing to the Pilates method. Studying and training with Coach Cristopher Sommer, I understood more and more how the two disciplines were correlated. After practicing both GST combined with Pilates principles myself, I started to integrate these concepts with a group of young athletes. Their goal was to enhance their gymnastic performance, but due to their rigorous training and lack of variety, they suffer from common “gymnasts pain” such as lower back and shoulder issues. Most all of them can perform phenomenal tricks, but they don’t have a clue what their bodies are doing in terms of how engage the right muscles. I began to work with them once a week, adding deep trunk integration, breathing (which is one of the main differences between GST and Pilates)  and awareness. My goals included learning to engage their core to improve their gymnastics skills, building core strength, learning how to isolate movements, enhancing their balance and increasing flexibility and mobility. Initially, they all sped through movements and relied on momentum rather than strength to perform many of the exercises. Despite being exceptionally strong, they are also a bit too confident and relied on this rather than proper muscle control to achieve difficult positions. Additionally, they all have habits of hyperextending their joints, flaring their ribs, arching their back and holding their breath. Their wrists, ankles, back and shoulder girdle were all under too much strain and needed to be strengthened. Matteo, who is the older one of the group, especially has a huge amount of stress on his upper back and shoulders.

Deepening the approach:
We began by focusing on the movements principles of Pilates: breath, flow, precision, concentration, centering and control. Proper implementation was the key. Pilates matwork exercises are perfect to increase core strenght and coordination. For instance, The Hundred made them understand how to breathe while performing a movement and the series of five made them understand core control and coordination with limbs.

Because I don’t have Pilates equipment at their gym, I worked on a variation of the footwork series on the reformer to help strengthen the ankle. I had them learn the same principles of working through the lower extremities by holding onto the stall bars and slowly relevéing up and down, initiating the roll-down from their metatarsals through the arches of their feet to their heels. We also did repetitions in little V stance and then with feet in parallel and then with feet internally rotated. During this process, they’ve learned integrate their core and keep their weight over the center of their feet to enhance balance and prevent inversion or eversion. The payoff is that this helped with the end goal of strengthening the ankles, calf muscles and achilles tendons.

Instead of using arm springs or reformer straps, we worked with resistance bands. I tied the bands to the stall bars and adjusted the length to create just the right level of resistance. While lying on their backs, they performed arm circles, reaches and triceps exercises. As we did these movements they have to concentrate to make sure their shoulders were in the right position and not rounding forward. Or in standing engaging their core while they work the rotator cuff.

Working with these athletes introduces a set of challenges, from modifying the routine to changing the verbal cuing to make it more accessible and applicable to what they are used to. At the same time, the rewards and results have been profound. I’m very grateful to have this opportunity as it has improved my teaching and allowed me to specialize in a field where the functions of the body must be performing at a high level.

Cinzia is a fully certified Professional Pilates Teacher from 2001, a PMA CEC Provider a Balanced Body BODHI Educator and a Balanced Body ThinkFit! Enthusiast. She is also a National PoleSport IPSAF Judge and a PoleSport Coach. She has a 10-year background as a gymnast and found that Pilates reflected the discipline and precision she had acquired through her gymnastics training. She is specialized on Pilates method application to aerial arts and gymnastic athletic preparation. She strongly believe that the body can achieve phenomenal results if guided from a strong and focused mind. She owns (together with Maximilian Stohr) the Atelier Pilates Studio in Rimini.