We Are Our Ancestors Wildest D..

NEXT: Wood – The Backbone of Balance..

Joseph Pilates was a pioneer regarding the importance of respiration and exercise. The lineage of Romana Kryzanowska’s teachings of Classical Pilates echoes Joseph Pilates’ breathing practices. There are additions to the original principles based on the intention and rhythm of the exercise and level of the student, which we will discuss in this article. While some exercises follow the breath, such as in the so-called “Breathing Exercises”, others require a more “naturally flowing” breath.

Unlike other disciplines, Joseph Pilates believed the inhalation should occur during the EFFORT, the muscle contraction, and the exhalation during the RELEASE, the eccentric part of the exercise. This way of breathing allows for the maximum amount of oxygen to be transported to and utilized by, the working tissues while they are contracting.

Romana would tell her students, “If you’re doing something that squeezes your body tight, use that motion to squeeze the air out of your lungs and inhale when you straighten up.” A similar concept is used for rolling exercises where the rolling action massages the air in and out of the torso, “like a wheel rolling forward and backward, driving the air out and forcing air in as you roll and unroll, cleansing your lungs so effectively,” as Joseph Pilates described in Your Health. 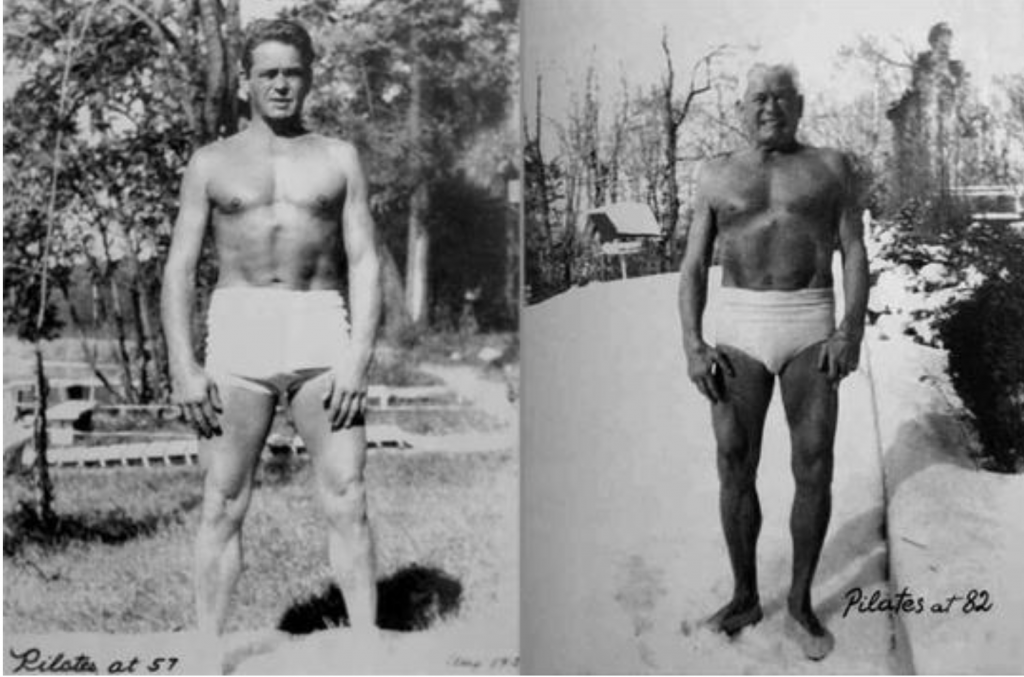 In his books Return to Life and Your Health, Joseph Pilates promoted “long deep breaths to expand the upper chest to capacity while drawing the abdomen in, holding the breath for a short time, then exhaling and always trying very hard to ‘squeeze’ every atom of air from the lungs.” In a Cosmopolitan article by Kenneth Wilson from February 1941, Joseph Pilates explained his exhalation technique further. He advised when you think the breath is all out, pull in the abdomen again, round the shoulders, and bend the head forward until the chin rests firmly on the chest. When you now blow out as hard as you can, first through the nose, then through the mouth, there will still be a lot of air to breathe out!

Because learning to breathe deeply is challenging, beginner students are introduced to breathing utilizing a “double breath” in Classical Pilates. This slows the movement so the student can better focus on cues, muscle actions, and coordination. For example, Spine Stretch Forward: Inhale to sit taller, exhale round forward, inhale back up, exhale stay tall. When the student has mastered the double breath and basic system, a more advanced “single breath” is utilized. You inhale to start an exercise and exhale deeply for the remainder. 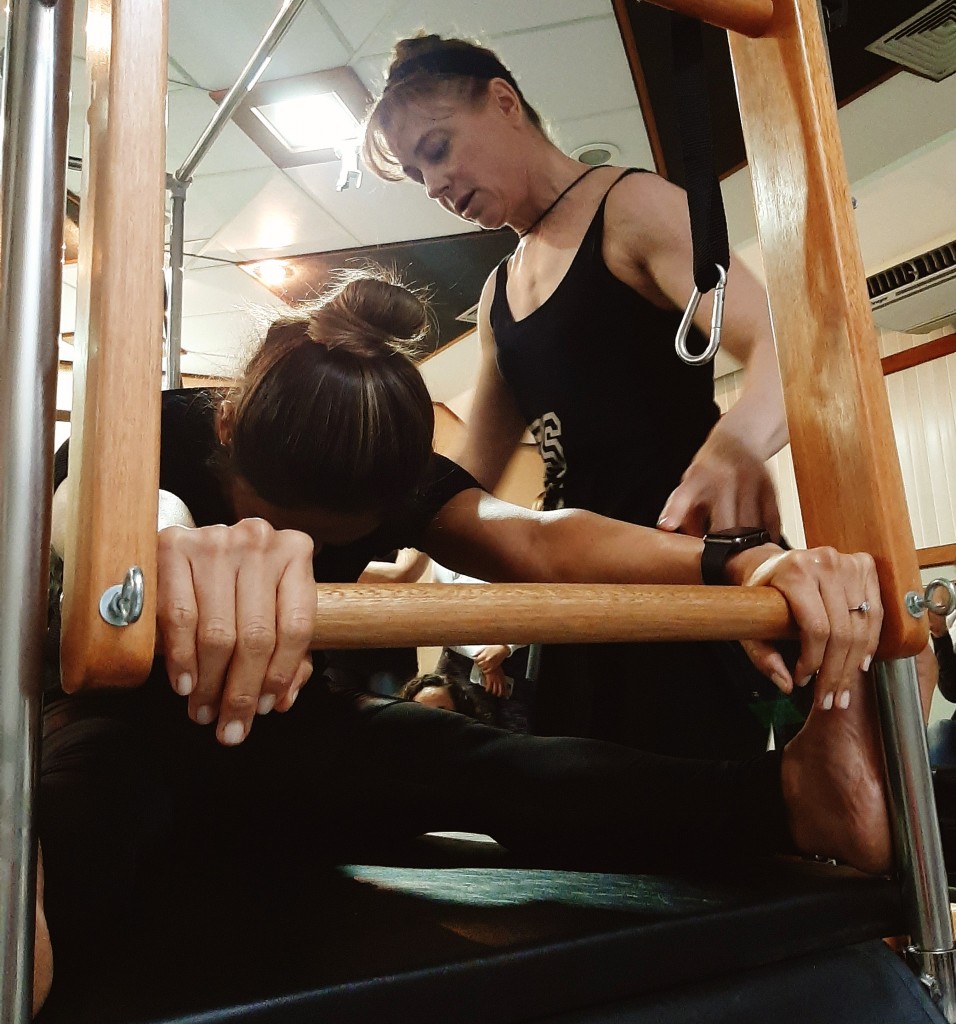 As you can see, the most important component of breathing in Classical Pilates is a deep, pronounced exhalation. There are two reasons for this: A deep exhalation sets the muscular actions for the subsequent inhalation. Secondly, the greater the exhalation, the emptier the lungs, thus, the greater the capacity for the inhalation of new air. “Your inhale is only as good as your exhale!” as Romana used to say.

Joseph Pilates knew posture affects respiration. He was among the first to promote chest breathing with engaged abdominals. As described above, spinal flexion facilitates a deeper exhalation, so when you extend after and actively inhale, “the lungs will completely fill with fresh air.” This physiological cleansing effect, maximized by muscular action, was the most essential effect of breathing for Joseph Pilates, “supplying the bloodstream with life-giving oxygen, which expands into the fingers and toes similar to a heating system properly distributing heat into every single room of a house.”

Check out our Contrology (classical) apparatus! 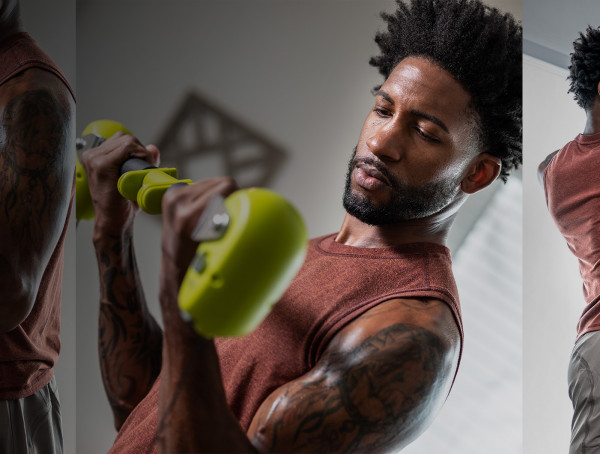 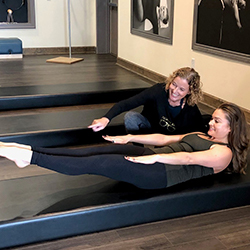 Enja Schenck (Classical Pilates NYC) was certified by Bob Liekens and worked by his side in NYC for 8 years. After her time as lead Teacher of Teachers for the Power Pilates Teacher Training Program, Enja started teaching workshops independently, nationally and internationally. Over the years she continued to deepen her own Pilates practice, taking regular sessions with Bob, as well as with Cynthia Shipley, one of Romana’s Pilates Level II Trainers. In addition to her Pilates credentials, Enja has an M.S. degree in Sport Science and teaches Exercise Science coursework as an Adjunct Lecturer. She is a certified Strength & Conditioning Specialist (NSCA) and a certified Powerlifting Coach (USAPL), as well as the creator of pilatesscience.org, a platform dedicated to showcase the latest scientific Pilates research. Enja's teaching is inspired by Bob Liekens’ influence, Athletics, Exercise Science and the desire to challenge every client to find the hardest thing they can do well. 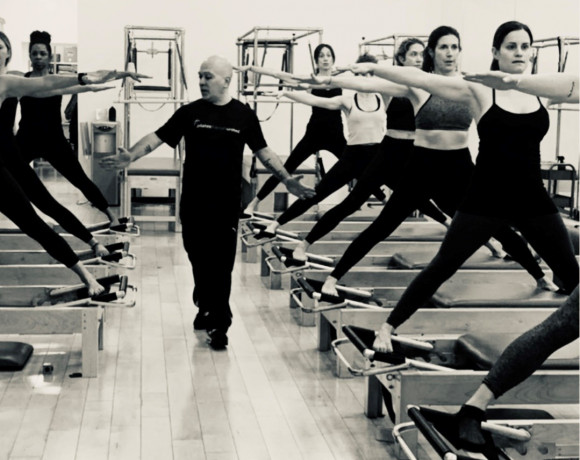 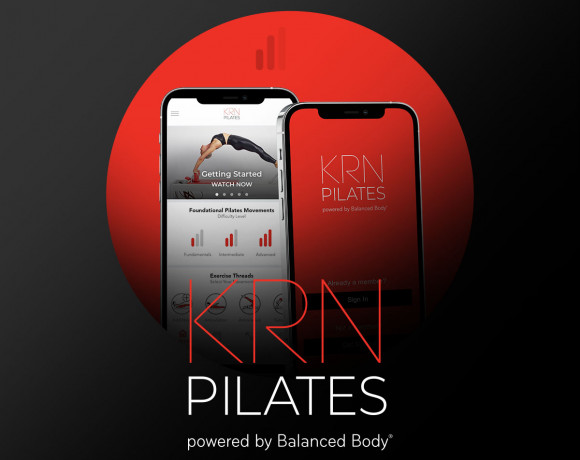 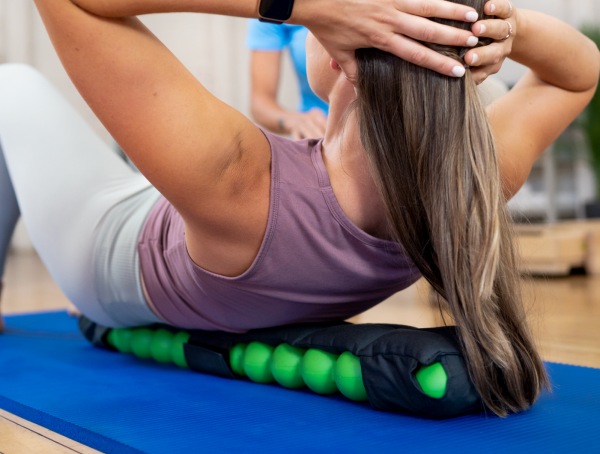